The storms were pretty intense last night, so we all are short of sleep for the second day in a row. The kids slept walked through some breakfast. 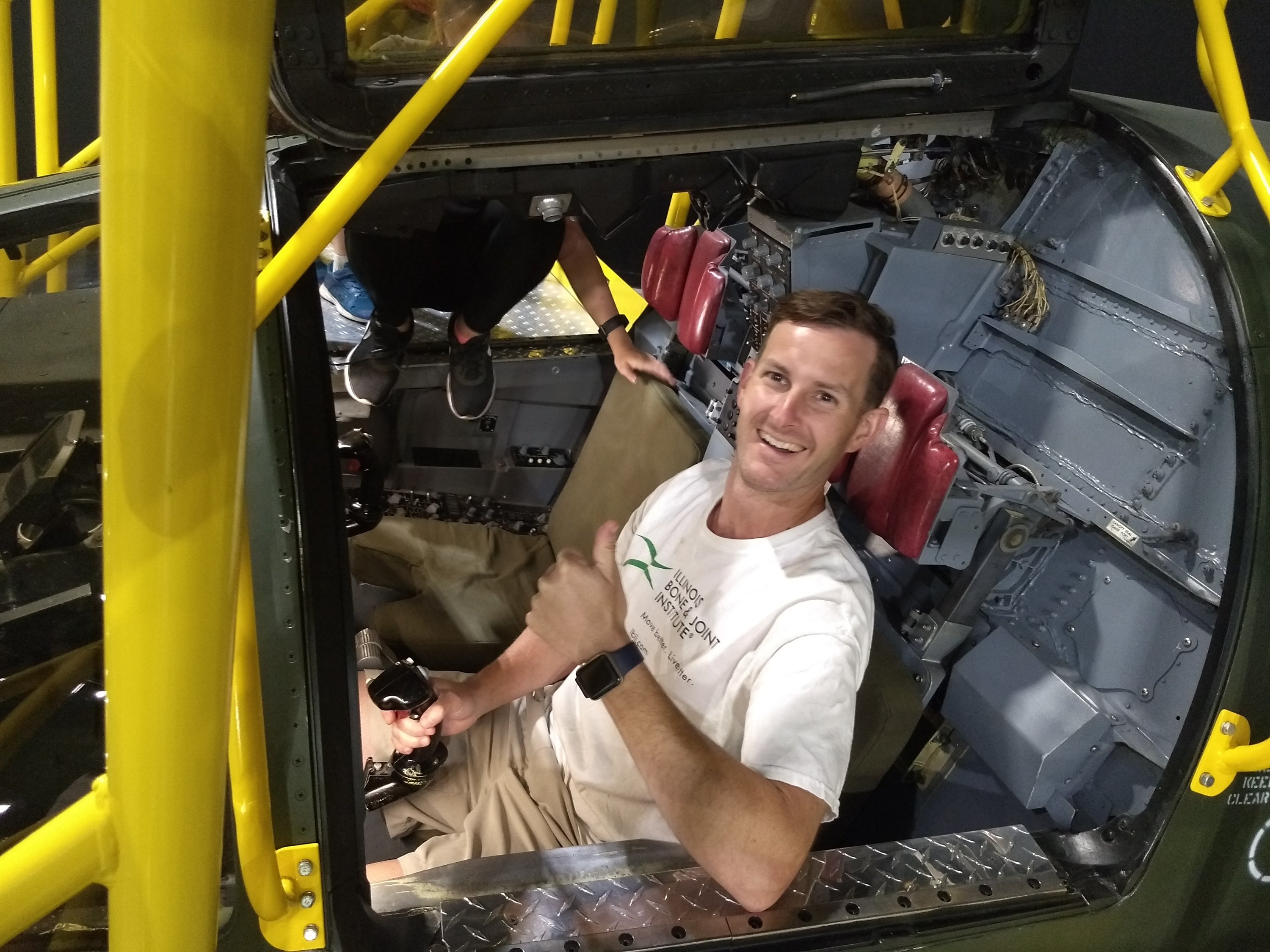 Cody in front of a SR-71 Blackbird

A10 30mm cannon. Shhh, don’t tell anyone that Scott touched it.

Then we headed towards the National Museum of the US Air Force in Dayton, OH. We arrived at 11:30

Picnic lunch at 1:30ish. Brooke and I were so excited that we were able to get through two hangars of the four hangars by lunch, but Scott pointed out that we only got through two halves of one hangar. The hangars were so incredibly large it was hard to wrap our minds around how much distance we had to cover before the museum closed at 5:00.

We caught a guided tour of Hangar 4. We strongly recommend the tours. Next time we head to the museum we would schedule our visit so that we were able to get a guided tour of every Hangar. Our guide had experience flying some of the planes in the hangar and was able to share his experience with us. He told us about one mission where he flew to an island he had never heard of. He had to pay twenty dollars to get the runway lights turned on so he could take off. The locals would steal the bulbs so the money covered the replacement bulbs.

The announcements kept coming over the loudspeakers reminding us that the museum was closing. Scott was still reading every plaque as if he was in no hurry. As we were walking away Scott couldn’t help but reach out and touch this A10 30 mm cannon. He could easily spend days there.We left with the closing of the museum at 5. Brooke and Cody’s favorite part of the museum was the Fourth Hangar with the newest technology, experimental, satellites, and presidential planes.Scott’s favorite parts were the Key Hole satellites, the spy satellites, and President Kennedy’s Presidential Plane also in the Fourth Hangar. We learned that on Kennedy’s Presidential Plane that not only did it fly President Kennedy to his last appearance in Texas, but it also brought him home and President Johnson was sworn into office on the plane.Having left the museum late there were no tent or even electrical sites left at Hocking Hills when we arrived at 7:30pm, but the incredibly friendly ladies in front of us suggested we try a cabin. It was less than ten dollars more, so we went for it. Cody excitedly said, “Oh, we are glamping tonight.” It turns out the cabins were about the same size as our tent, just a little taller. We all tried our best to sleep in the cabin, but about midnight I decided if I was going to get any sleep I should set up the tent outside and try and catch some cool night air. Shortly after Scott and Brooke followed me out to the tent. Cody was fast asleep in the tent, so we let him be and he crawled into the tent at about six.