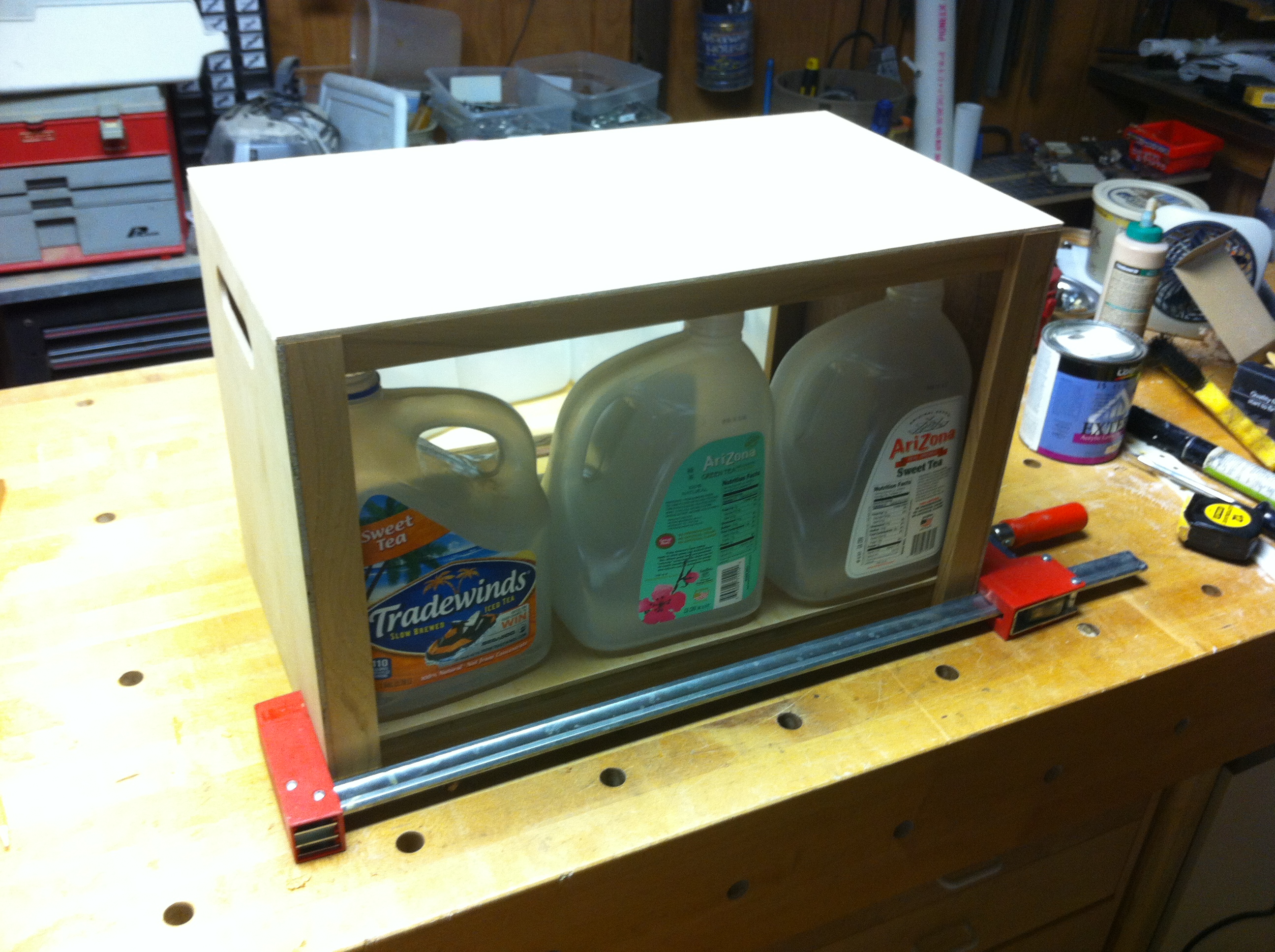 This project was inspired by a conversation with a fellow camper during our stay in Rocky Mountain National Park and is based on a design by Blue Sky Kitchens.  “How come your kids don’t get water?,” Jim questioned. My response was that the 5 gal jug that we use is to heavy for the kids to lift.  To which Jim said that I should quit with the large jug and move to gallon size containers which are more manageable for everyone.  He recommend using the Arizona Iced Tea jugs as they are durable (as compared to milk jugs) and easy to come by.   That conversation got me thinking about this project.  It was a straightforward build and was easily completed in 2 days- one for build and finished in another.

It was built from scrap 1/4″ Lauan plywood and cedar trim planned down to 1/2 thickness then ripped to 1-1/4″ wide.  If I had to purchase the wood I’d have used 3-ply maple veneer plywood instead because it looks better.  Although you can’t see them, the plywood skins are attached to the rails with glue and pin brads to speed up assembly.

The base was built around the footprint of the jugs. I left about 1/2″ extra on the length and width

The sides were built so that the top rails would be around 1-1/2″ above the top of the jugs.

Screws were added to the underside of the top and bottoms.

Titebond III waterproof glue was used for all joints

A piece of 2-3/4″ plywood creates the lip which keeps the bottles from sliding out.

“To Travel is Better than to Arrive”